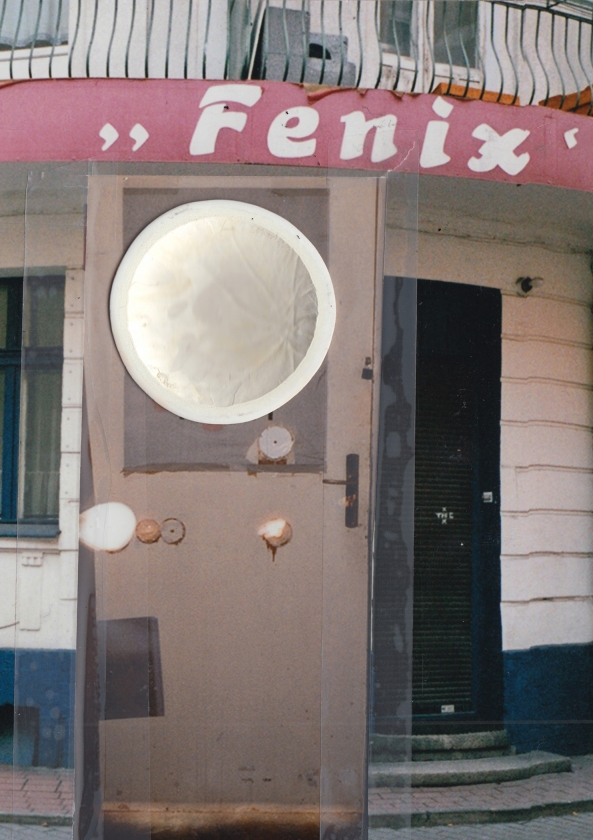 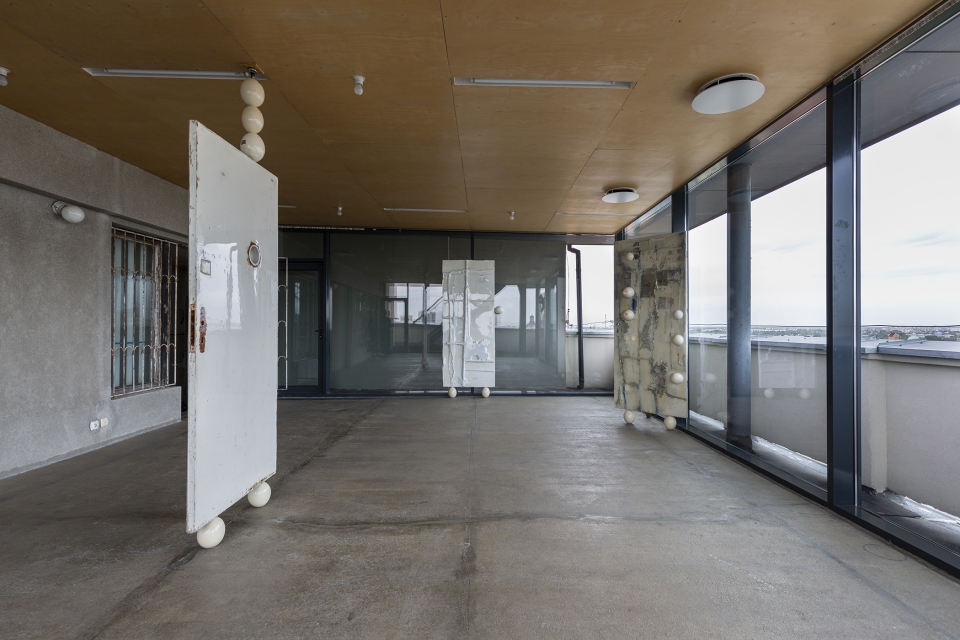 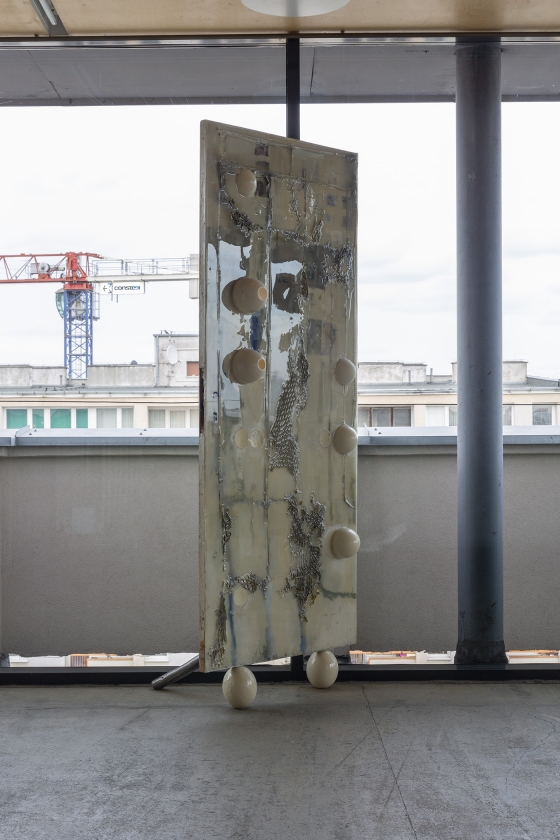 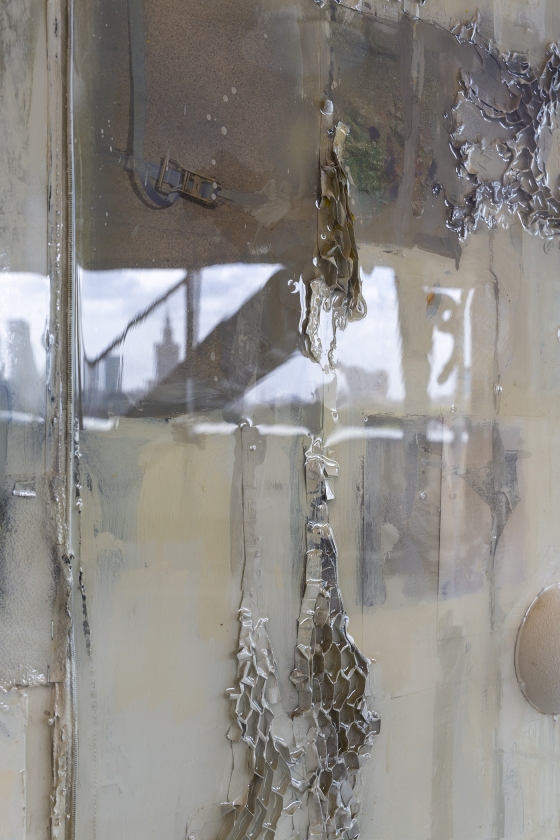 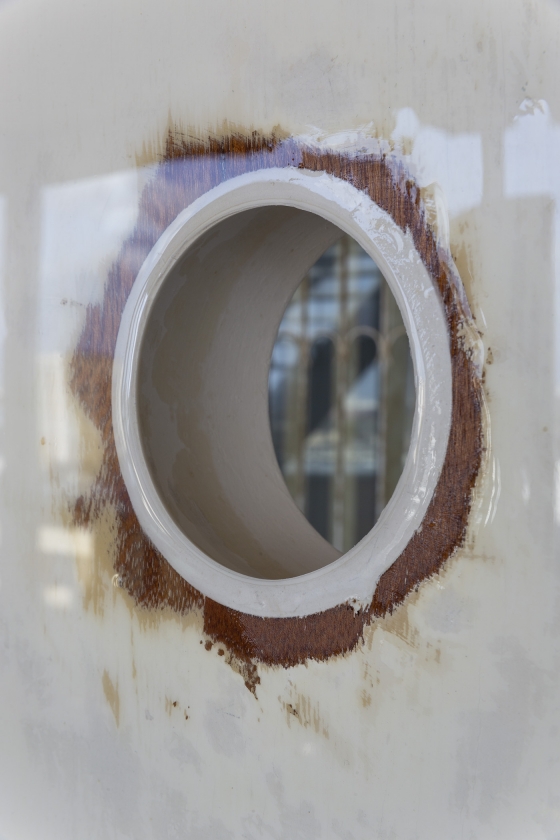 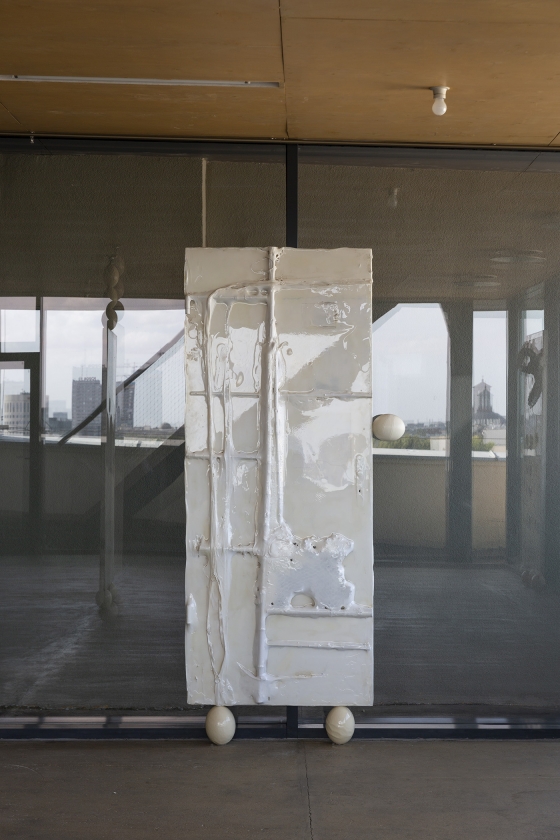 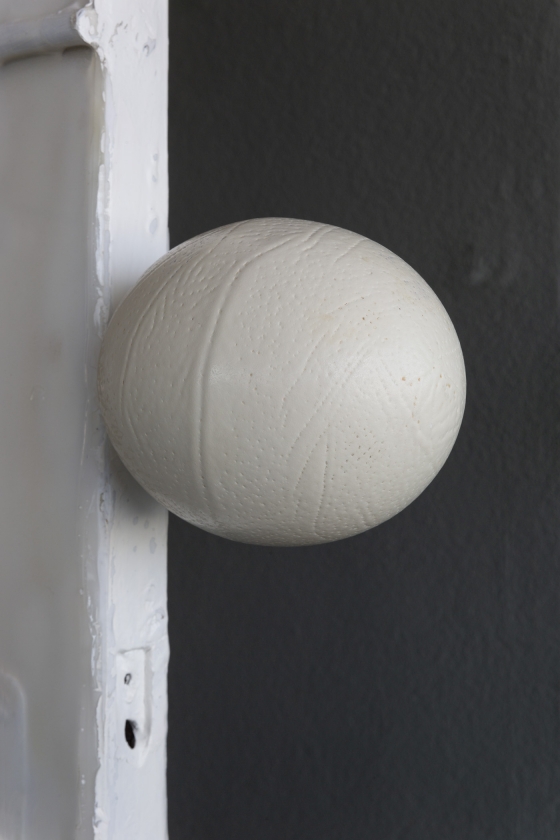 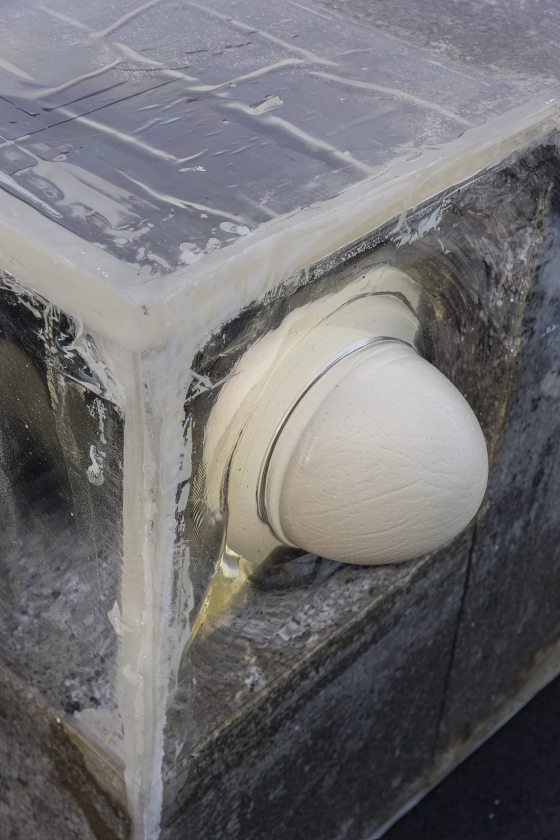 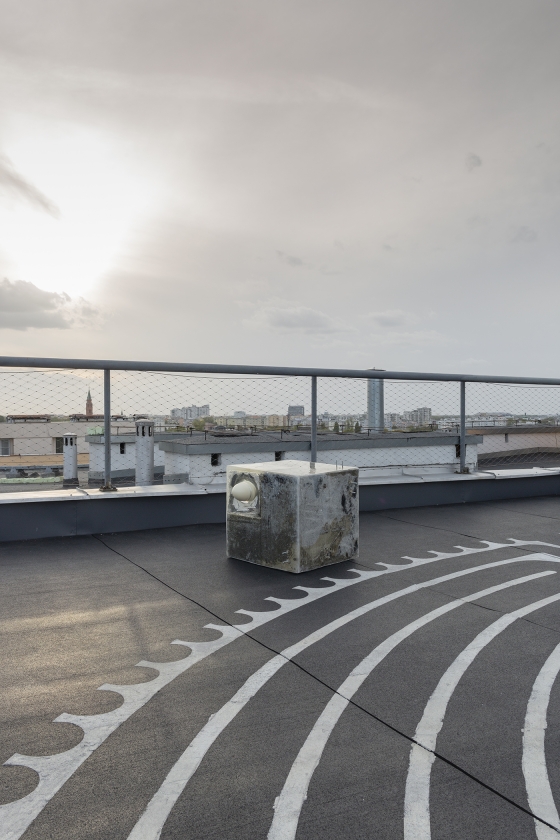 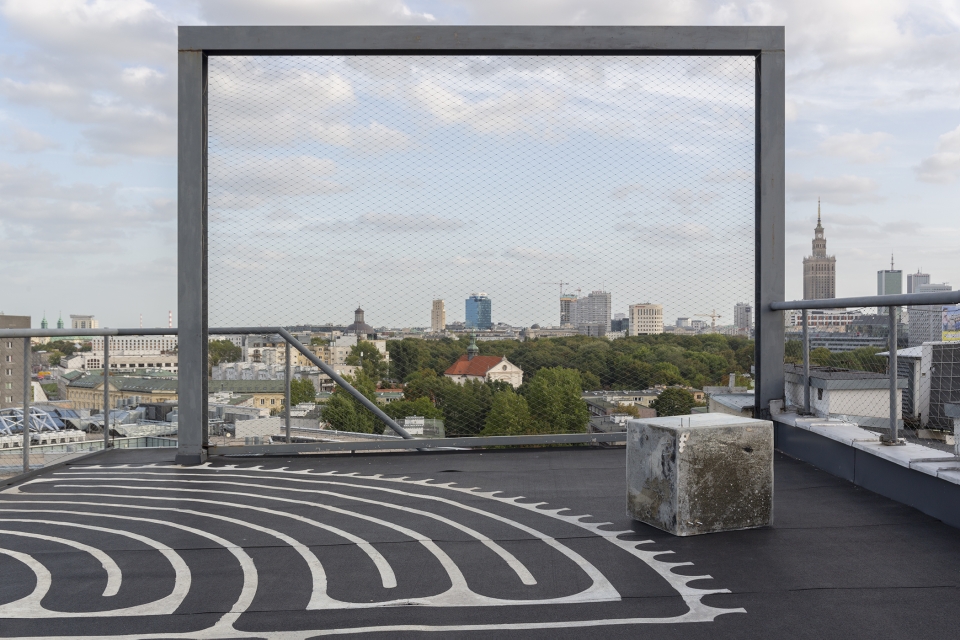 Anyone who has been following the work of Piotr Łakomy will notice that over the last three years it has taken on a new course. Once cool and reduced, directly alluding to Minimalism, it has acquired a new temperature, which seems to have its source in a more vigorous embrace of natural forms. The themes, once limited to the body vs. architecture relationship, now touch upon the broader issue of nature vs. civilization. To put it simple, Łakomy is interested today not only in the question of how man lives, but also in the need of shelter as an impulse that guides the actions of all creatures. Thus Łakomy’s works have not only undergone a formal transition, but have also neared Frederick Kiesler’s architectural concepts. The idea that the floor, walls, and ceiling are not separate entities, but rather morph smoothly into each other is represented in Kiesler’s drawings by a simple elliptical shape, and in Łakomy’s works by the motif of the ostrich egg.

At the same time, Łakomy has been keener to “pollute” his work with the context of his studio. His works feature autobiographical themes, some of the sculptures “ripening” abandoned in a corner, previously discontinued ones being taken up again, and still others serving as a basis for new projects. The idea to present the four doors dividing the artist’s workspace into two rooms belongs to this ecology. Ever since Łakomy inhabited, as he calls it, the vacant Poznań flat, the doors have, beyond their original function, served also as a testing place, a size chart, a notepad, or a “map.” With time, increasingly worn, covered with accruing layers, they started resembling autonomous works. In the exhibition at the Avant-Garde Institute pavilion, they are presented after having been removed from their frames and given a final work-over, but they will always retain the quality of a work-in-progress. Arranged in their original orientation to the cardinal directions, but ten floors higher, they spectrally evoke their place of origin.

Complementing the show is a cuboid work exhibited on the Institute’s terrace. It was made in the course of unsuccessful experiments many years ago, and left by the artist on the balcony of the studio. Birds subsequently nestled in it, finding a perfect shelter in the styrofoam nook; then they moved out, leaving a nest and hatched egg shells. The Phoenix is a similarly temporary neighbor of Edward Krasiński’s studio.